Top Ten Tuesday! Ten Reasons I Should Be The New “Most Interesting Man in the World” 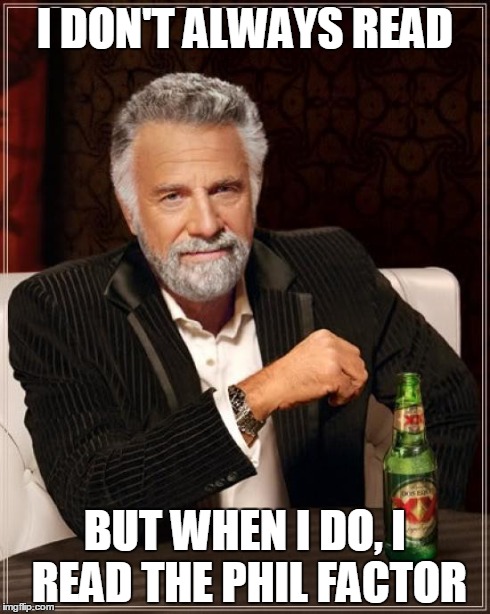 As most of you have heard, Dos Equis is retiring the original Most Interesting Man in the World, played by actor Jonathan Goldsmith, in favor of a younger version. Obviously, since I’m not yet occupied with being the President, or Sexiest Man Alive, whichever comes first, I hereby nominate myself as the new Most Interesting Man in the World. Here are my ten reasons why :

10. I once visited the Virgin Islands. Now they’re just called The Islands.

9. You know how some camels still have two humps? Yeah, I’m getting to them.

8. When God created the Earth, he took Sunday off to rest. Slacker. I would never do that.

7. I don’t aspire to travel in time. Time aspires to travel to me.

6. Donald Trump nominated me for President.

5. The London Eye is looking at me. All the time.

4. You know how the Earth hasn’t been destroyed by a giant comet since pre-historic times? You’re welcome.

2. There’s no such thing as global warming. The world’s temperature just goes up when I work out.

1. When I found The Great wall of China it was just called The Wall of China.

If you want to support my bid to be named The Most Interesting Man in the World feel free to hit the Facebook, Twitter or re-blog buttons below.  Have a great Tuesday! ~Phil

14 responses to “Top Ten Tuesday! Ten Reasons I Should Be The New “Most Interesting Man in the World””