Guest Post by Steve McSteveface: Have You Had A Dream Come True? 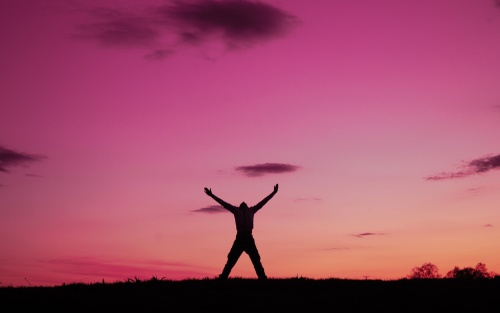 Have You Had A Dream Come True?

Everyone had childhood dreams when they were little about what they want to do in their life.

Many adults may now think, in the words of S Club 7, that they’ve “never had a dream come true“. Is that true though? Let’s have a little think about it…

When I had this thought I re-visited my childhood, the dreams that I had and I was actually quite surprised at how many of my dreams had, in a big way or a small way, actually came true.

I remember when I was young I always wanted to be a famous author churning out hit novels when I grew up. I started off by having an old-fashioned typewriter and I would write story after story. I was then lucky enough to get a brand new electric typewriter which sat pride of place on my makeshift desk. By makeshift, I mean it was a plank of wood sticking out of my bedroom wall with a piece of carpet on top so that the noise from my typing wouldn’t echo all around the house.

I used to think to myself, I’d love to be a writer and have my own office one day where I can just lock myself away and write, write, write.

Recently, I decided I would have a “blog day” and just lock myself away in our office… 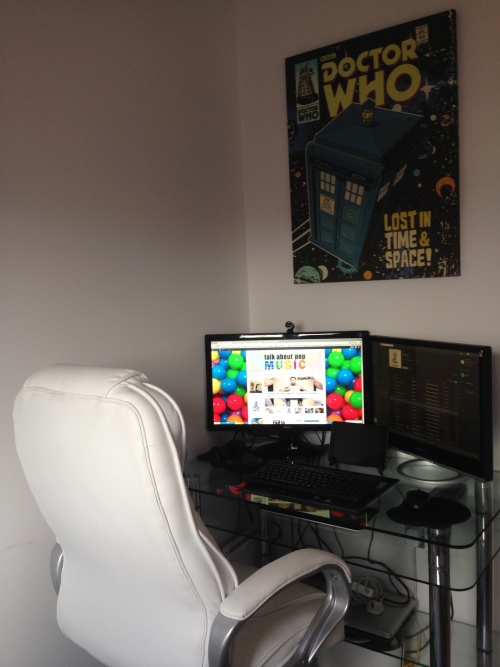 …and write. I’m no successful author by any stretch of the imagination but as far as I am concerned this is…

As far back as I can remember I have always loved music and from an early age I would watch all the pop stars performing their songs thinking what a great life they must have while wondering if I would ever be famous.

Would I ever be top of the charts with a hit song?

Perhaps if I’d spent more time learning how to play musical instruments then it could have happened.

However, I sucked at playing the guitar at school and when it came my turn to play the drums I refused because I knew I simply wouldn’t be able to do it. I was told by the teacher to either play the drums or go and stand outside the classroom – I put down the sticks and went and stood outside so any dreams of being a stadium-sell out musician pretty much ended there.

Having my own music blog makes me happy every single day – take a look at Talk About Pop Music.

Also, not everyone can say that they have appeared on a B-side of a UK number one song but I can…listen out for me on this at around 3:09…

I used to love watching films and back in those days it was a special occasion when we got to watch a video. We didn’t initially own our own video player and we shared it with friends so when it was our turn it was very exciting.

I’d spend ages in the video store looking at all the films available for rent and then take one home and watch it at least twice before having to return it. Someone will be renting my movies one day, I used to think. I was going to make movies when I grew up!

Wow, a pop singing, novel-writing movie maker – I was going to be a very busy adult!

These days, the only similarity between me and Steven Spielberg is the name but due to the way technology has progressed anyone can make videos these days and I have made quite a lot. I’ll never get an Oscar but one of my videos has had over 45K views on YouTube! Here’s hoping my latest one goes viral!

I could spend hours using video-editing software and quite often I do, even if it’s only me that ever watches them. this is. I’ve also appeared in front of the camera on a few occasions if you are brave enough to watch.

As far as I am concerned this is…

Sunday evenings for me growing up was all about the TOP 40 Chart Show. I would listen to the countdown of the top 40 best-selling songs of that week from start to finish – wondering who would be number one for the week. I would record my favourites as every one else used to do too but I would also want to be the radio DJ.

So, what I would do is get one of my tapes that I had purchased, say for example the latest compilation album, and I would sellotape over the little holes that stopped the cassette being protected so that I could record myself between the tracks introducing the next song – just like a DJ.

How unbelievably dorky was I?

Lastly and perhaps my most obscure dreams were themed around two of my fictional heroes when I was young – Superman and Doctor Who. I wanted to be like Superman so I could fly and have laser eyes. I wanted a TARDIS like Doctor Who so I could travel through space and time.

How can I now possibly say either of those dreams have come true in any shape or form? Read on, dear followers…

Up until 2010 I had always been blind as a bat and my options were to either to wear contact lenses, glasses or neither and end up getting hit by a bus. I opted for a combination of glasses and contacts as the bus thing didn’t really appeal to me. But, in 2010 I underwent laser-eye surgery and just like that I had 20/20 vision once more and it did actually feel like I had super-sight. 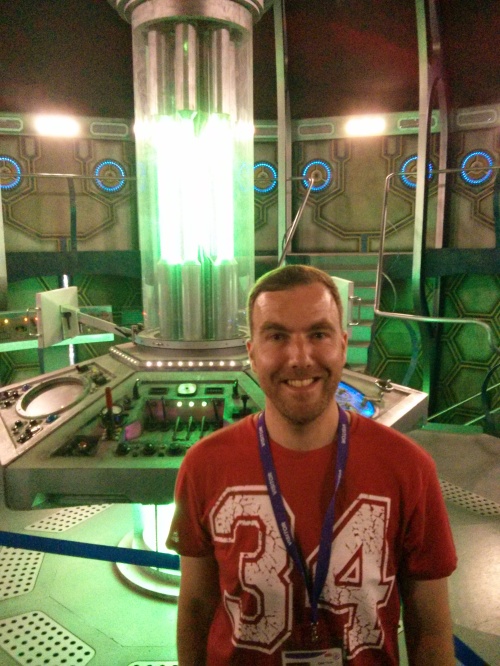 What about you? What were your childhood dreams? Have they come true in any kind of way? 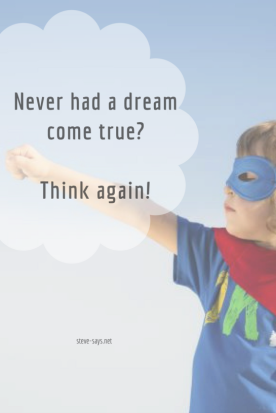 8 responses to “Guest Post by Steve McSteveface: Have You Had A Dream Come True?”