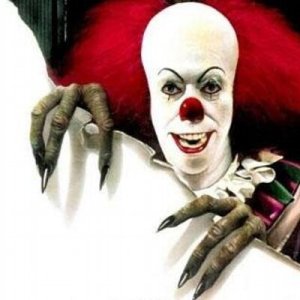 (Aug. 7, 2007) Yesterday started out normally enough and then I saw the first clown. Yes, I said the first clown. There is no circus in town. There was no parade yesterday. But there he was, in front of the guitar store waiting for a ride. He sat on the bench and carefully arranged his clown suitcase and his other clown accoutrements in front of him as he waited. I became self-conscious that he might notice me staring even though I was watching him in my rear view mirror. He appeared to look in my direction, right at my rear view mirror and into my soul. A chill crept across my heart. I looked down for a moment, fearful that he was returning my gaze and I’d suddenly be mesmerized by his piercing stare. Then when I looked up again he was gone. It was so sudden that I wasn’t certain he’d ever been there. There was no car pulling away. No trail of endless brightly colored handkerchiefs as he walked away. Just nothing. He was…gone. 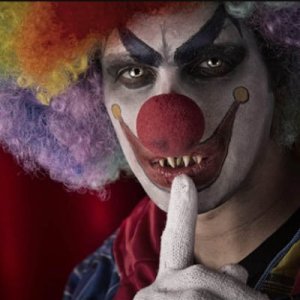 Later in the day I was driving home from running some errands and as I stopped at a traffic light I looked at the car turning left, crossing the intersection in front of me. What I saw looking back at me was unbelieveable. Two clowns in a car. Yep, only two. But they were clowns in full makeup looking at me as they passed. “WTF,” I thought. And then they were gone, just like the other one. 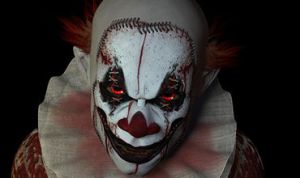 Why? Why are all these clowns showing up? What is the meaning? Why are they following me? As far as omens go, this can’t be a good one. Randomly seeing three clowns in one day with no circus or parade going on? That is effing weird. Enjoy your coulrophobia! Have a great Thursday! ~Phil

7 responses to “TBT! The Clown Whisperer”