Throwback Thursday! It’s the End of The World…again

In honor of the giant Perseid Meteor Shower that’s happening Saturday night, I thought it might be helpful if I reminded people that if those meteors hit the planet, it could be lights out for the human race. Enjoy this classic Phil Factor from last year that addresses this very issue.

Don’t worry. I’ll save us all. According to some crazy ‘scientists’ and conspiracy theorists the world is going to end in about two to six weeks. It’s nice that they gave us a window isn’t it? Usually when crackpots are predicting our demise there’s a specific hard stop date. Now, because of the six week window we can procrastinate.  For instance, right now I don’t own a single device with a working keyboard, so here I sit holding a tablet with one hand and typing away with on the virtual keyboard on the screen with one finger from the other hand. It’s super annoying. If I thought for a second that I’d have to do this for the next year or two, I would go right out and buy a new laptop. Since the world is going to end, why bother, right? If in six or seven weeks we find out that the doomsayers were wrong, then I’ll deal with the situation.

Here’s how they say that the world is going to end this time: Apparently every twenty-six to twenty-seven million years the Earth has had an “extinction event”. Apparently we’re due for one in the next 2-6 weeks. An extinction “event”? That sounds like something that would be on pay per view doesn’t it? Some half-assed scientist from somewhere kind of implied that there’s another planet, Planet X or Planet 9 it’s being called,  in our solar system whose orbit around the sun is so huge that it only comes close to Earth once every 26 or 27 million years. Don’t worry though, it’s not going to hit us. The problem is that Planet X, in it’s extended orbit, passes through a meteor field and in doing so, it’s gravity pulls many of the meteors with it as it continues in it’s orbit. When Planet X is closest to Earth, we will get completely shelled into oblivion by the meteors. 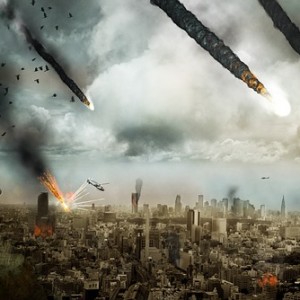 So, the question is, if there is only 2-6 weeks left, what would you do? I don’t want to hear anyone say they wouldn’t pay bills or clean their house. And yes, of course you’d see family and friends. Get creative! This is the ultimate time to pull out that bucket list and get to work.

Me? What would I do? First I would attend a Donald Trump rally, walk up to him on the podium, and punch him in the nose. He’d appreciate that. He loves inciting violence. Then I want to travel to see the 7 wonders of the world, or at least the ones I haven’t seen yet. I’d skydive. Then, if we are going to be pummeled by meteors, I want to be sitting in a hot tub with a glass of wine when it happens. 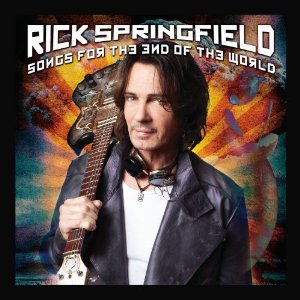 I think the fact that I just put that Rick Springfield picture on my blog should be seen as a sign of the apocalypse. I know contemplating the end of the world is kind of a bummer, so I’ll give you your happy ending right now. It’s not going to happen. I guarantee it. In fact, I will take credit for it not happening. As a candidate for President, or Sexiest Man Alive, whichever comes first, I vow to you, Phil Factor readers and denizens of planet Earth, that I will make sure the planet doesn’t end in 6 weeks. Will you get that guarantee from Donald, Hillary, or Matthew McConaughey? I doubt it.

So in the comments, what are you going to do in the next six weeks just in case I’m wrong? Have a great Thursday! (there might not be many more!) Phil

16 responses to “Throwback Thursday! It’s the End of The World…again”