Top Ten Tuesday! Ten Amish TV Shows There Should Be! 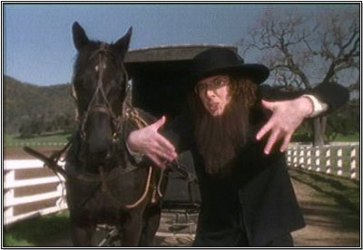 Who are we kidding? We know we all love the Amish. If there were an Amish TV channel we’d binge watch all of the shows on Netflix. Here are ten shows that would be killer in the Amish Nielsen ratings.

10. House of Cardboard: Inept Jebediah Gruber keeps building his house out of cardboard and the strong wind off the plains keeps blowing it over. Each week his clumsy friends Levi, Amos, and Paul come over to rebuild while the women-folk churn butter and gossip. Hijinks ensue.

8. Downtown Abbey: Young Abbey Stoltzfus has known nothing but the Amish farm life. She has heard tales of the big city from tourists who frequent the family farm stand and she yearns to see more and be more, believing that her future lies in the city that never sleeps. How will she achieve her dreams against her parents wishes?

7. CSI Lancaster: Lancaster, Pennslyvania; the epicenter of Amish culture is an attraction for tourists, but it’s also an attraction for murder. Pastor King is found with a pitchfork through his chest and his crucifix missing. Detective Jacob usually handles hog theft. Is he in over his black bearded head with this mystery?

6. Amish Idol: Best yodeler wins the right to marry the woman of their choice. It’s really only one episode, live from the Raber family barn. 20 minutes tops.

5. 16 and Pregnant: Josephine’s sixteen year old prize winning cow surprises everyone by becoming pregnant. But who is the father? Could it be the Yoder’s bull or perhaps a strange bull who got loose when the gypsy travelers passed through town?

4. The Working Dead: Jethro attempts to fake his own death to get out of building “one more frickin’ barn that we don’t need.” Will the community laugh it off or will Jethro’s lazy ways finally get him shunned?

3. A Mennonite Gladiator: The pacifist Amish are enthralled and confused by a bearded man in a sequined cape who attempts to pick fights with everyone in town. 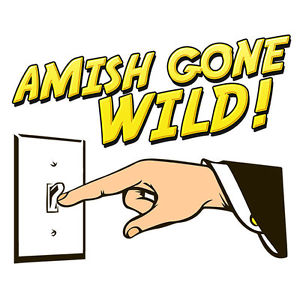 2. Dr. Who? One Amish communities resistance to modern medical care results in an epidemic of chlamydia, foot in mouth disease, and ringworm. Will they give in and accept help or suffer until they’re extinct?

1. Game of Phones: Eli and Samuel buy cell phones from some tourists and discover the joys of sexting. As the only two Amish with cell phones, they don’t realize that it’s each others “barns” they’re raising. Hijinks and a surprisingly sensitive exploration of sexuality ensue. (Rated MA for mature content)

So what would be your suggestions for TV shows the Amish would enjoy? Have a great Tuesday! ~Phil

19 responses to “Top Ten Tuesday! Ten Amish TV Shows There Should Be!”