I can’t even tell you how much I hate GIFs, but when the subject of finger guns came up, how could I pass on Michael Scott? Last Friday I dropped my son off at college and for one of the pictures in his dorm room he posed, giving me the finger guns. I said to myself, “Phil, there must be a lot of perfect moments in life to pull out the finger guns. Also Phil, it’s odd that you refer to yourself in the third person in your own inner monologue.” Both very true, so I said to myself, “Phil, you should make a top ten list of the best times in life to pull out the finger guns.”

10. For your author picture on the inside cover of your next book. Mark my words folks… Time to Lie, estimated release date Dec. 2015.

9. At the end of surgery or any medical procedure really, and especially at the end of a colonoscopy or ob/gyn visit. If someone is mucking about in my private parts I want them to be confident about it.

8. Walking down the aisle after tying the knot. We’ve seen far too many wedding parties dance down the aisle to Pharrell’s Happy. How about if the bride and groom turn around and give the whole crowd the fingers guns as they leave the church?

7. Birth of a child: What wife doesn’t want the finger guns from her hubby just to say, “You did alright honey”?  If that doesn’t make 20 hours of labor worth it, I don’t know what will.

6. At the end of a job interview: Win or lose, good or bad, it always looks good to walk out with a little swagger. Finger guns gives you that in any situation.

5. Funerals: Far too many funerals are ruined by a lack of humor. If the deceased was posed in the casket, or even in a chair, giving the finger guns, who wouldn’t crack a smile?

4. After winning anything: This one’s pretty obvious. Whether it be a Nobel Prize or a game of backgammon with your grandma, there’s no better way to say, I’m the man, or I’m the Woman, than with finger guns. True fact: I taught my dog to do finger guns. 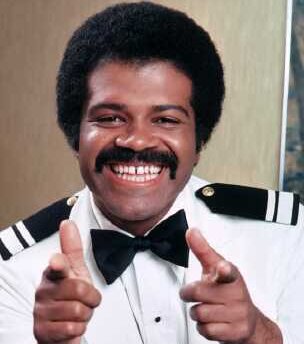 3. When you’re a bartender on a cruise ship: Actor Ted Lange, aka bartender Isaac Washington on the late 70’s/early 80’s show The Love Boat is credited as having invented the finger guns. Now all Royal Caribbean cruise ship bartenders are required to incorporate finger guns in their interactions with customers or the drinks are free.

1. At the completion of sex. I think the most important part would be putting the guns in their imaginary holsters on your naked hips after. Please someone do this and then come back to the comments just to tell me you did.

As always, if you enjoy #ThePhilFactor please feel free to shshare by hitting the Facebook, Twiiter or re-blog buttons below. If you do I’ll give you the finger guns! Have a great Tuesday! ~Phil