When the TV show The Big Bang Theory came on the air I thought to myself, “Sure this is amusing, but how many nerd jokes can there be?” Apparently 12 years worth was the answer to my question. In the show, Sheldon Cooper is almost a tyrant to his roommates and friends, insisting they comply with his sometimes ridiculous demands.  CBS thought it was so funny that they created another show, Young Sheldon, based on the idea of showing the childhood of quirky character Sheldon Cooper.

I feel like we have another show in the United States featuring a quirky tyrant called The U.S. Presidency. That got me to thinking, if there could be a Young Sheldon, I wonder what a young Donald would be like?

Young Donald: Dad, the kids from next door keep coming into our yard and playing on my swings.

Daddy Trump: You should build a wall to keep them out.

Young Donald: But I don’t have the money for all the materials. Hmm… I know, I’ll make them pay for it!

Young Donald: (getting a feverish look in his eyes) Yes! And I’ll lock the younger kids in our dog kennel!

Young Donald in school at lunch:

Other Kid: Hey Donny, I”l trade you my tuna-fish sandwich for your ham sandwich.

Young Donald: First of all, don’t call me Donny. Don’t do that. Don’t ever do that. You can trade me your tuna-fish sandwich, but you’re going to have to pay me a Twinkie tax as well.

Young Kim Jong-Un: Donald, you have to stop threatening to fight my school.  This is debate club. You can’t say you’re going to obliterate my school.

Young Donald:  Fake News! If you try to oppose  me I will rain down fire and fury on your school!

Young Kim Jong-Un: Dude, lighten up. What are you talking about? WTF is ‘fake news’?

Young Donald: You know what? If you don’t back down I’m going to come over to your school to tell you how wrong you are.

That’s it for today everybody. Have a great rest of your weekend!  And CBS, I hope you don’t sue me for borrowing the picture and your show idea. 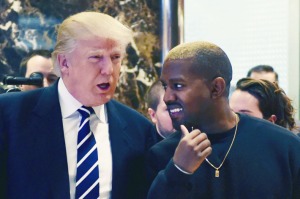 You know the routine. In the comments tell me which quotes you think belong to Donald Trump and which belong to Kanye West.

9. “When you’re the absolute best you get hated the most.” 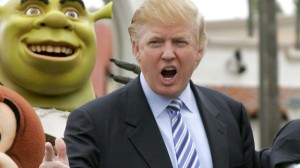 Next week do I go with Donald Trump vs. Shrek quotes?

7. “I have millions of ideas and I represent a new generation just trying to express themselves in a broken world. I will go down as the voice of this generation, of this decade. I am so credible and so influential and so relevant that I will change things.”

6. “You know what, Trump is doing a much better job than the Democrats did.”

5. “I hate when I’m on a flight and I wake up with a water bottle next to me like oh great now I gotta be responsible for this water bottle.”

4. “I am not a fan of books. I would never want a book’s autograph. I am a proud non-reader of books.”

1. “It’s really cold outside, they are calling it a major freeze, weeks ahead of normal. Man, we could use a big fat dose of global warming!”

There you go. Can you pick which quotes are Donald Trump and which are Kanye West? Have a great Saturday! ~Phil

Since I’m on vacation, I’m posting one of my favorites from last year. I hope you enjoy it. ~Phil

Before anybody gets their knickers in a twist, I’m not trying to say anything political here. I’m just making jokes and I’d make them regardless of who the President is. I’m a registered independent. Here are ten quotes. In the comments tell me which ones belong to Darth Vader and which are from Donald Trump. Don’t be fooled by the italics either.

10. “I have brought peace, freedom, justice, and security to my new empire.”

9. “In the end you’re not measured by how much you undertake but by what you finally accomplish.”

8. “Anyone who thinks my story is anywhere near over is sadly mistaken.”

6. “Sometimes by losing a battle you find a new way to win the war.” 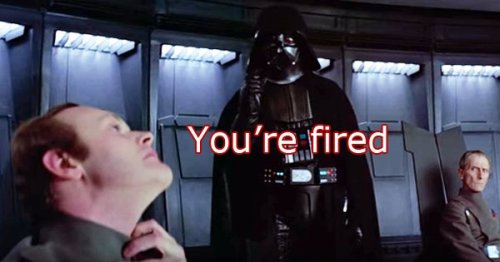 5. “Now release your anger. Only your hatred can destroy me.”

3. “Be careful not to choke on your convictions.”

2. “I find your lack of faith disturbing.”

1. ” I believe they like making me out to be something more sinister than I really am.”

So can you guess which 5 quotes are Darth Vader and which 5 are from Trump? Show me how smart you are in the comments. Also, the quotes in italics are from both. I just alternated lines to break up the monotony.

Have a great Saturday! ~Phil